The best part about a blogger busting a product you’ve never purchased? Trading for your favorite team’s cards so you don’t have to get them somewhere else. Smart thinking right? Community Gum opened a box of 2005 Leaf and pulled some cool Yanks. What does this mean class? Yes, they’re mine! 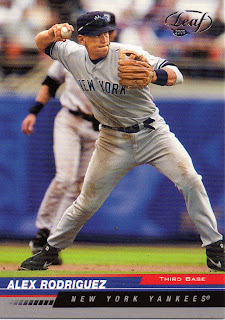 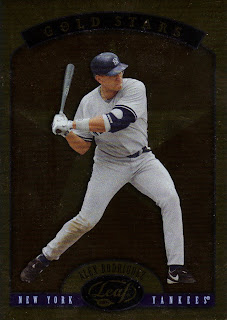 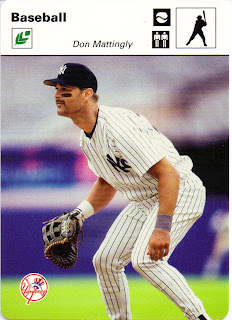 Thanks to Jon over at the great Community Gum for the cards. If you have any spare Greg Maddux, Ryan Dempster, or Cubs cards, he’ll gladly take them.
Posted by longlivethewho at 5:39 PM 2 comments:

I’ll spare everyone with a “lack of posts” entry and just go right to the good stuff.

It’s always a pleasure opening a package from one of the greats in the blogosphere, and ripping open the yellow package sent from Night Owl was no exception. He is, to be frank, one of the best out there. His posts are full of detail, scans, insight, and humor, the makings of a four-tool blogger. And plus, he’s a Bills fan like myself. I didn’t think we existed anymore.

Anywho, the wise Owl is currently collecting 1975 Topps minis, and it just so happened that I had a few lying around. In exchange for these minis and an assortment of Dodgers, Night Owl sent me, what else, Yanks and set needs. Let’s dig in. 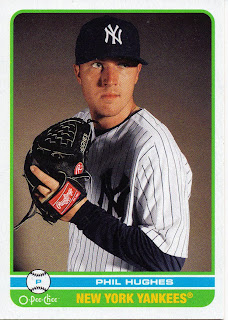 I’ve seen O-Pee-Chee highlighted numerous times on various blogs, but much like Allen & Ginter, I’ve never collected it. I really like the feel and look to the 2009 set, despite the fact that half of Phil Hughes’s face is covered in shadow, and I may look further into obtaining the set. 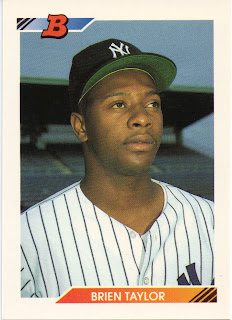 Oh, this is just cruel. 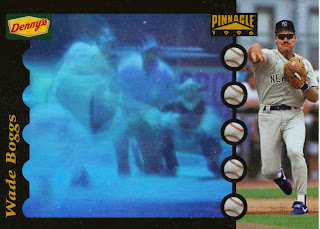 This would have been a fun little oddball set to if it wasn’t required to go to Denny’s 20+ times. 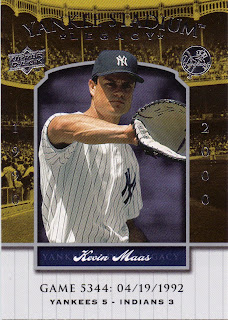 You know things were bad for the Yankees in the early 90s when Kevin Maas was a prominent player.

Night Owl topped off the package with a whole slew of Yanks and 1980 Topps, highlighted by these guys. 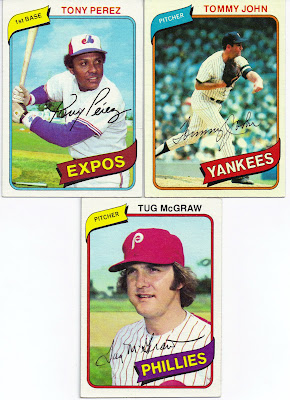 Thanks Greg for the awesome trade!

And you can blame high school football for the lack of posts. Two a-days aren’t fun.
Posted by longlivethewho at 2:53 PM 1 comment:

A Pleasant Prize from Wicked Ortega

The all great Wicked Ortega was giving away a lot of great stuff recently over on his blog My Past Time… I Love It! Wicked, with an extensive autograph and memorabilia collection, had a spare Dan Uggla autographed photo to give away in a contest. It just so happens that I won said contest and received my prize a few days ago. 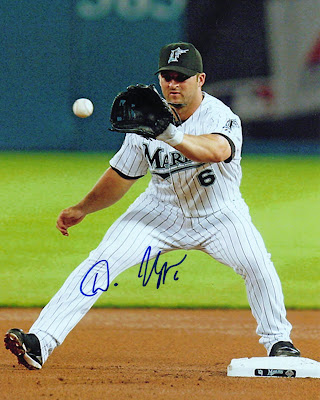 Nice picture, nice signature. Thanks to Wicked for the awesome prize!
Posted by longlivethewho at 3:53 PM No comments:

Rookie Card Challenge Winner! (Along with Some Other News)

Things were crazy at the shore. Family, parties, and very good lookin’ badge checkers dominated the trip and while it was fun, I’m glad to be back home. And glad to be back into baseball cards, although I want resume trading and posting until Monday when my summer assignment for school is due (yeah, that sucks).

However, there is still a lot to catch up on. For one, the Rookie Card Challenge officially ended August 1. This was my first contest in the blogosphere and I think it went successfully. I met a lot of new people and discovered a lot of new blogs, and For Card’s Sake saw much exposure from the contest. I’d like to thank everyone that participated in the challenge... you guys are awesome!

Now originally I said I would pick the winner based on what I thought was the best entry. Realizing how biased and unfair that sounds, I decided to go the old fashioned way… randomizing. 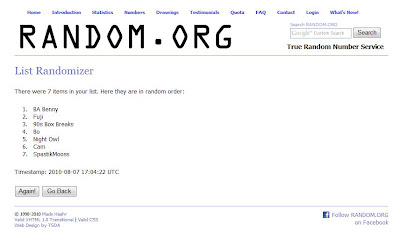 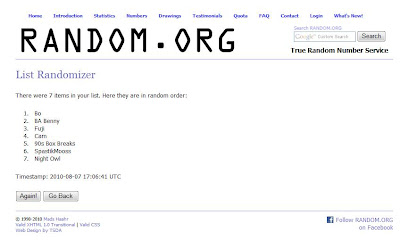 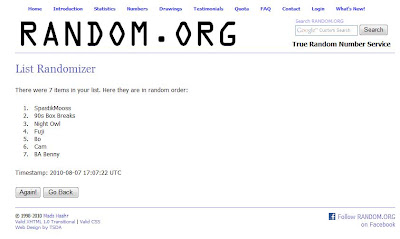 Congratulations to SpastikMooss of the Great Sports Name Hall of Fame for winning the first ever contest on For Card's Sake! Please email me for your address and what you collect so I can send you something nice. Thanks again to everybody that participated and in the future if I trade with anyone that took a part in the challenge, I’ll throw in some nice stuff as a thanks for being involved.

Whew. So that’s done. What else is there to do? Oh, right, trading. I want to make an emphasis on trying to turn more trades with my fellow bloggers. I tried some trading on Beckett and while all my experiences were fine, a lot of complaints have been going on about people not sending their end of the bargain, slow shipping, or damaged cards. I can’t deal with that crap. There are a few people I’ll probably trade with again through the site, but for the most part my trading will be with bloggers. I have a lot of doubles of cards of all teams, so I’ll get my face out there and start trading with many more people.

The budget will be shifted around as well. I’ve grown interested in a few more things besides baseball cards. I’m hoping to get season tickets for the Nets this year (for the record, I am a Sixers fan, but traveling to Newark from where I live is much easier than going to Philly) along with enhancing my DVD collection and adding more memorabilia to the mancave. Baseball cards are going to have to take a back seat for a little bit.

However, I will devote every penny of my baseball card money to one set, and one set only. It’s a new challenge… not to the bloggers, but to myself. More details coming up on the most ultimate task I’ll try to accomplish. Stay tuned.
Posted by longlivethewho at 1:29 PM 1 comment: 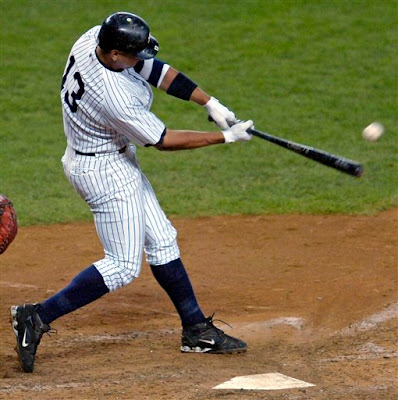 SEE YA!
Posted by longlivethewho at 1:27 PM No comments:

I awoke this morning realizing that the Rookie Card Challenge deadline was yesterday. Oops. To give everyone one more fair chance of entering, I’ve extending the contest to today, August 1. Whatever entries are posted in by tonight at 11:59 P.M. are eligible to win and whatever entries aren’t… tough luck, cause you had about four months to enter. Follow the link for more details on the contest.

Also, I am going down the shore for a week and won’t be back until next Saturday. All trading and what-not will resume on the Monday after I return. Yes, yell and hiss at me for taking yet another vacation, but hey, I need a nice tan just like everyone else (and I wanna hook up with Snooki).

I’ll drop in with a snarky post here and there, but for the most part, enjoy this picture. 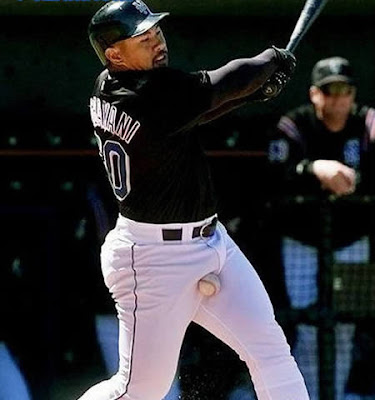 Posted by longlivethewho at 2:23 PM No comments: